Sweet sorghum (Sorghum bicolor) is primarily grown for the sweet juice that is extracted from the plant’s stalks. Stalks are crushed and the extracted juice is cooked down to a thick, sticky syrup. The syrup is sometimes incorrectly referred to as sorghum molasses. 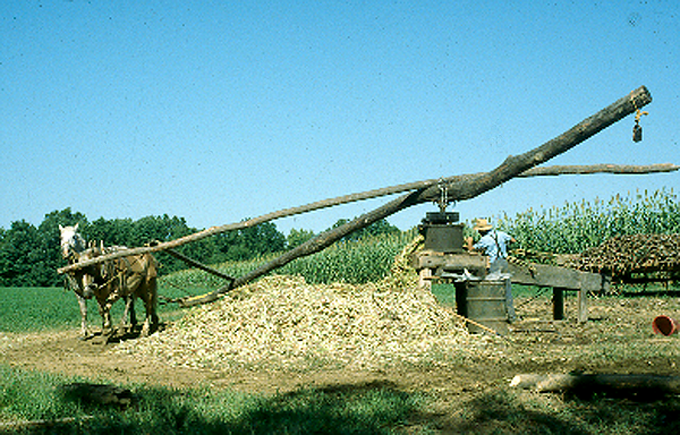 Kentucky leads the country in sweet sorghum production; syrup produced here in 2008 was worth over $12 million. The Commonwealth, together with its neighboring states, produces over 90 percent of the total domestic sorghum syrup output. Growers need to find their own market outlets, whether this means locating a processor for their canes or determining market outlets for the syrup. In some cases, the syrup can be processed at a central plant that is owned by an individual, corporation, or cooperative. The majority of Kentucky growers, however, process their own syrup. Processing and production is risky without a marketing plan. Potential syrup markets include roadside stands, on-farm sales, local retailers, and the Internet. While the market in some areas of the state has become fairly saturated, there is the potential of marketing sorghum at farmers markets in the Cincinnati and Louisville areas, as well as those in Paducah and Hopkinsville. The big market potential, however, is in the eastern and western United States. 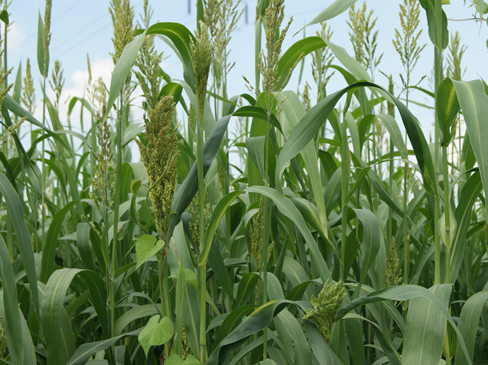 Producers will want to select well-adapted cultivars that contain a high percent of extractable juice and that will produce quality syrup. Good standability and resistance to the major sorghum diseases occurring in Kentucky will also be important. Cultivars will also vary in their maturity and adaptation to local growing conditions. The University of Kentucky has recently released the first male-sterile hybrid, KN Morris. This vigorous hybrid yields 25 percent more juice than other non-hybrid cultivars, resulting in more syrup. No seed formation means the crop has better standability in windy locations and experiences less lodging.