Elderberry (Sambucus nigra subsp. canadensis) is a large shrub or small tree native to Kentucky. The small fruit has prominent seeds that are produced in large clusters. While elderberries are not normally eaten fresh due to their tartness, wild and cultivated elderberries can be processed, either alone or with other fruit. 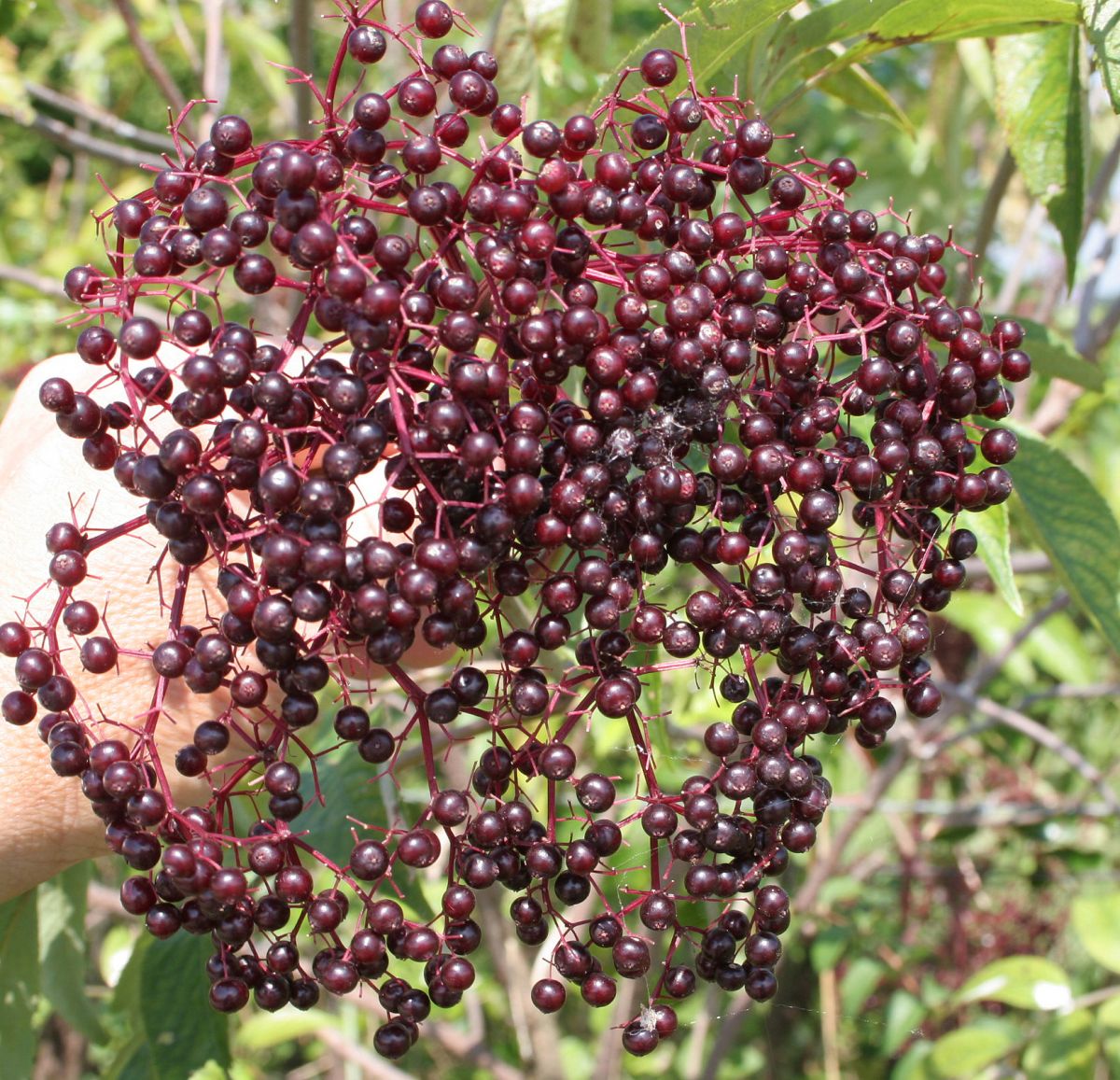 Most commercially grown elderberries are sold to processors for wines, juices, jellies, jams, syrups and pies. Both the fruit and flowers are used in winemaking. Additionally, there is a growing demand for elderberries in the health tonic industry. Wholesale growers should arrange for a market contract prior to production. Commercial elderberry production and market development efforts in the United States are currently focused in Missouri and in northern states. As of early 2018, a Missouri farm harvests its own elderberry acreage and sources elderberries from other Midwestern growers to process into juice, syrup and other value-added products. Minnesota-based Midwest Elderberry Cooperative coordinates production and sourcing from Minnesota, Iowa, Wisconsin, Illinois, Missouri and Texas. Efforts in Missouri are complemented by production research (variety trials, pest management and other production research, market research and economic analysis) by the University of Missouri and Missouri State University.

Elderberry varieties differ in earliness, yield, hardiness, plant vigor and disease susceptibility. Berry flavor, as well as cluster and berry size, can also vary between cultivars. Fruit color may be red to bluish-black to dark purple. Many of the improved cultivars currently available were developed in New York or Canada between the 1920s and 1960s. The University of Missouri released two cultivars, ‘Bob Gordon’ and ‘Wyldewood,’ in 2010-11. Growers should select only adapted varieties that have the qualities in demand for the intended market.