Corn shocks standing in corn fields were once a common sight during harvest. This method of drying corn (Zea mays) was replaced once mechanical harvesters appeared on the scene. Today corn shocks are more commonly seen in fall displays that may also include pumpkins, gourds, and straw bales. 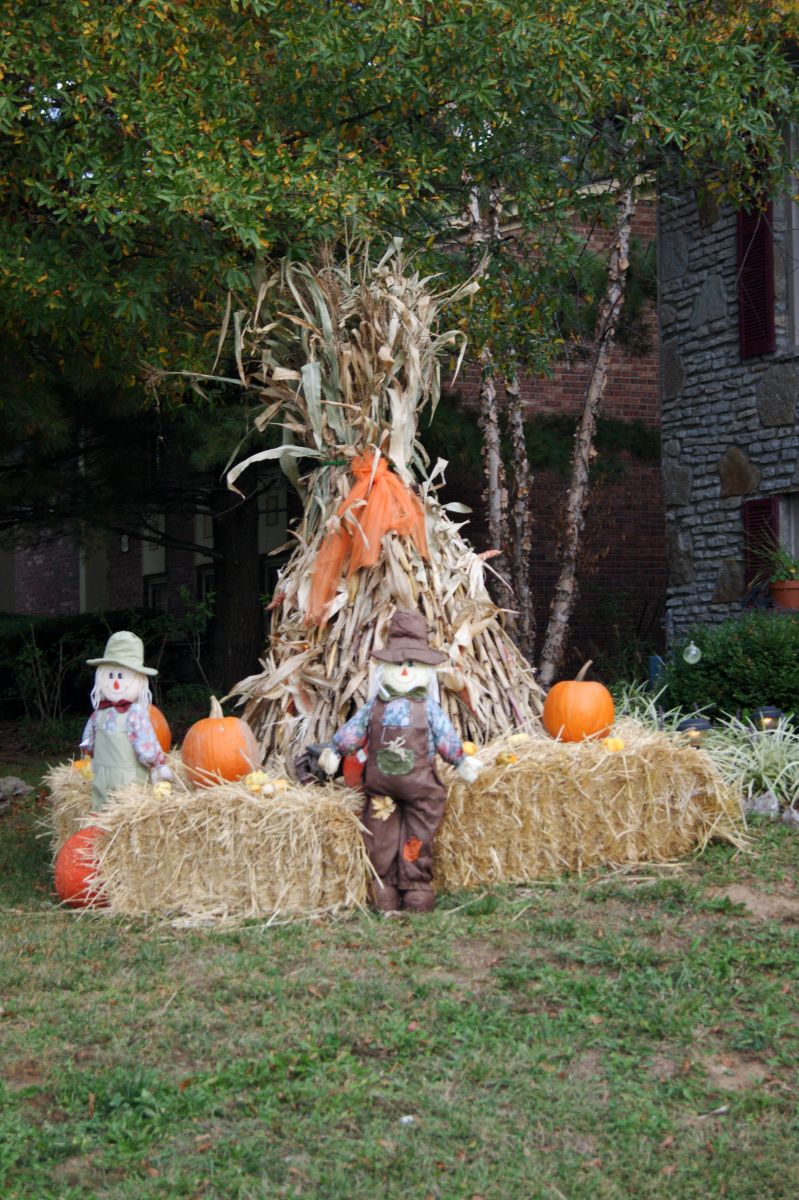 Potential markets for corn shocks include farmers markets, roadside stands, and garden centers. Stores that specialize in decorative and craft items may present another marketing option. Grocery stores and other retailers who create store displays may be interested in purchasing shocks. Some Kentucky producers have had success in selling entire lawn displays that include corn shocks, along with other fall decoratives. The displays are delivered directly to the customer and set up by the grower. Markets for ornamental crops, such as shocks, continue to stay strong, especially in areas with larger populations. Fall decorations now rank just behind Christmas decorations in dollars spent, with the average American household spending $45 annually on fall decorations. Ornamental crops can extend a specialty crop producer’s cash flow in the late fall months. As with any other specialty crop, however, producers should have a place to market their ornamental products before beginning production. 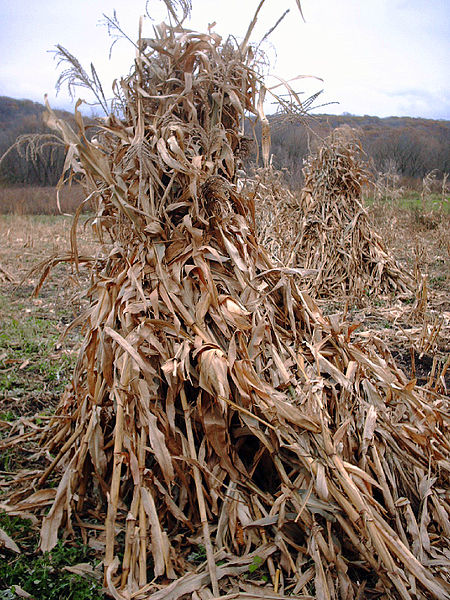 Ornamental corn or field corn cultivars with strong stalks can be used for shock production. Selecting an ornamental variety with attractively colored ears and stalks provides additional decorative value. Field preparation and growing practices for ornamental-use corn are similar to that of field corn. A well-drained soil is essential. Fields that have previously been in fescue sod are ideal for production. The field should be plowed several weeks prior to planting and then disked three to four times. If no-till production is planned, an herbicide must be applied prior to planting. To mature in time for a mid-September harvest, plantings are made between May 15 and May 25. Sufficient seed should be planted to produce a plant population of 18,000 to 22,000 stalks per acre for large-eared ornamental varieties or 24,000 to 26,000 stalks per acre for small-eared selections. Ornamental corn will freely cross-pollinate with other types of corn making isolation necessary if field or sweet corn crops are also grown. Isolation of cultivars can be accomplished by a physical separation (250 feet or more), or by making sure there is a minimum of 14 days difference in their maturities.