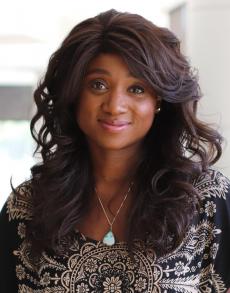 Strategic Advisor for Community Engagement and Academic Partnerships, Office of the Provost,

Research Affiliate with UK Center for Health Equity and Translation

Dr. Burnett Dr. Burnett received her PhD from the University of Western Ontario, her Masters at the University of Western Ontario, and her BScN from the University of Alberta. Her longstanding research interests, and her commitment to women’s health issues evident in her endeavors has made her a highly respected leader in the field. She served as the inaugural Academic Director of Community Engagement and Partnership at the University of Virginia from January 2016 until July 2019 when she was hired at the University of Kentucky.  In that role, she sustained and expanded community engagement, built and sustained numerous community partnerships, established a donor supported nurse-led clinic in a predominantly black historic public housing neighborhood, and co- founded the Equity Center at the University of Virginia.  Dr. Burnett takes a systems view for understanding the process by which structures produce unintended consequences that affect health outcomes for vulnerable women and disparate populations to inform her research, community engagement and service appointments on over 25 local, national and international boards. Dr. Burnett has served as Vice-President for the Nursing Network on Violence Against Women International, as a fellow UVA Center for health policy and has held prestigious appointments on the National Collaboration on Violence, the American Association of Colleges of Nurses policy think tank, and as an International Council of Nurses Global Nurse Leader.

Dr. Burnett is currently an Affiliate to both Markey Cancer Center and the Center for Health Equity and Transformation and serves as the co-director Special Populations in the Center for Clinical and Translational Science. She was awarded a $90,000 grant from the Federation of Virginia Food Banks entitled “Virginia Food Pantry Evaluation.”  The project will focus on evaluating a novel “Healthy Food Pantry Pilot” implemented by the Federation of Virginia Food Banks, which has the goal of improving client health through provision of health food choices that encourage healthy eating from a variety of food groups. She and fellow CRVAW faculty, Dr. Ann Coker were also awarded a $25,000 pilot grant through the UK Center for Health Equity and Transformation entitled “RED ALERT! COVID-19’s Impact on Delivering Care for Survivors of Intimate Partner Violence (IPV), Sexual Violence and Child Abuse. Learning Lessons Now and Preparing for the Future”.

Dr. Burnett’s research interests include intimate partner violence (IPV) policy, community engagement and equity research to critically amplify structural inequities among vulnerable populations, with an emphasis on abused women and children. As a result, Dr. Burnett has developed the theoretical concept of structural justice orientated toward vulnerable groups, which she first introduced at the 2014 UN Millennium Development Goals Conference in South Africa and subsequently published. Her research has produced a template for critical discourse policy analysis, the contextual intimate partner violence (IPV) shelter services delivery model, and practice and policy studies on intimate partner violence screening and intervention by nurses. This work has been disseminated widely through presentations and publications nationally and internationally. It has also resulted in an IPV best practices policy brief for law makers to inform the Affordable Care Act IPV screening recommendation and a CDC and US Department of Health and Human Services Symposium.

Through her teaching and mentoring, Dr. Burnett transforms the classroom into a ripe experiential learning environment inspiring critical nurse leaders and advocates resulting in 21 teaching excellence awards and 4 university-wide teaching awards.  At the University of Virginia she led transformational changes to the undergraduate nursing curriculum by developing and implementing an IPV didactic and simulation module using these best practices. This module has since been delivered to over 250 nursing students with 55 other U.S. nursing schools and academic collaborators in the United Kingdom and Australia exploring adaptation and implementation of a similar approach.