Join Bill Kauffman as he presents his case for localism and the importance of making a place for yourself and building community. In doing so, Kauffman hopes to also share a few laughs with guests as they take an upside-down look at baseball, celebrity worship, failure, politics and much more. 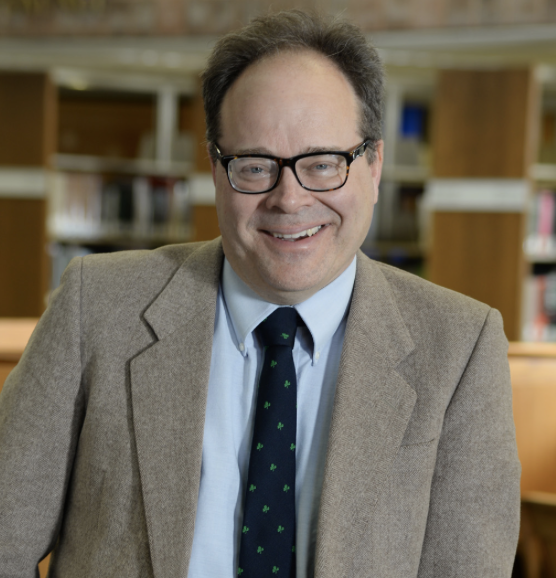 Bill Kauffman was born on November 15 (also the birthday of Bobby Dandridge) in the otherwise forgettable year of 1959. He was an all-star Little League shortstop for the Lions Club Cubs but soon thereafter his talents eroded. After an idyllic childhood in his ancestral home of Batavia, New York, birthplace of Anti-Masonry, he was graduated from Batavia High School in 1977. He earned, more or less, a B.A. from the University of Rochester in 1981 and went therefrom to the staff of Senator Daniel Patrick Moynihan, the only dairy farmer in the U.S. Senate. Two and a half years later he left Moynihan’s staff a bohemian Main Street anarchist who loved the Beats, the New England transcendentalists, early 20th century local colorists (Sarah Orne Jewett his Maine gal), cowpunk music, and the crazy old America. Neil Diamond and Karen Carpenter, too, but don’t tell anyone. He bummed around out west for a while, sleeping in bus stations and writing derivative poetry in Salt Lake City flophouses (nah, he’s not a Mormon, just a BYU fan) before an ill-starred year in graduate school at the UR. He took a seminar with Christopher Lasch and thought on it. In the spring of 1985 he flew west to become an assistant editor with Reason magazine. He had great fun in Santa Barbara with that crew of congenial editors drinking far into the night at Eddie Van Cleeve’s Sportsman’s Lounge, but in ’86 he flew east to become the magazine’s Washington editor. Always homesick, Kauffman persuaded his lovely and talented wife Lucine, a Los Angelena, to move back to Batavia in 1988 in what he called a “one-year experiment”—the year to be measured, apparently, in Old Testament terms. They’re still there—or, more accurately, five miles north in Elba (apt name for an exile!), where Lucine is Town Supervisor. She may well be the highest-ranking Armenian-American elected official in the country, at least until the voters of California send Cher to the U.S. Senate. Take that, Turks!

Lucine and Bill have a daughter, Gretel, 23, a graduate of the University of Notre Dame. Their lab mutt, Victoria, is now departed, to their sorrow, but a cat, Duffy, darts in and out of the house when the mood strikes.

Bill is the author of eleven books: Every Man a King (Soho Press/1989), a novel, which was recently rescued from the remainder bin by a New York Sun article proclaiming it the best political satire of the last century (the Sun thereupon set); Country Towns of New York (McGraw-Hill/1994), a travel book about God’s country; America First! Its History, Culture and Politics (Prometheus/1995), a cultural history of isolationism which Benjamin Schwarz in the Atlantic called the best introduction to the American anti-imperialist tradition; With Good Intentions? Reflections on the Myth of Progress in America (Praeger/1998), his worst-seller, a sympathetic account of critics of highways, school consolidation, a standing army, and the Siren Progress; Dispatches from the Muckdog Gazette: A Mostly Affectionate Account of a Small Town’s Fight to Survive(Henry Holt/2003; Picador ppb. 2004), a memoirish book about his hometown which won the 2003 national “Sense of Place” award from Writers & Books; Look Homeward, America: In Search of Reactionary Radicals and Front-Porch Anarchists (ISI/2006), which the American Library Association named one of the best books of 2006 and which won the Andrew Eiseman Writers Award; Ain’t My America: The Long Noble History of Antiwar Conservatism and Middle American Anti-Imperialism (Henry Holt/ Metropolitan/2008), which Barnes & Noble named one of the best books of 2008; Forgotten Founder: Drunken Prophet: The Life of Luther Martin (ISI/2008), a biography of a brilliant dipsomaniacal Anti-Federalist who warned us this was gonna happen; Bye Bye, Miss American Empire (Chelsea Green/2010), a cheerful account of dissolution; Coopperhead (Dzanc/2013), a screenplay; and Poetry Night at the Ballpark and Other Scenes from an Alternative America (Front Porch Books/2015), an omnium gatherum.

Bill is a regular contributor to the Wall Street Journal and a columnist for The American Conservative. He has written for numerous publications, including The American Scholar, the Los Angeles Times Book Review, The Nation, New York History, USA Today, Newsday, The Australian, The Guardian (Manchester), Whole Earth Review, Vegetarian Times, Chronicles, the Independent and The Spectator of London, Counterpunch, Orion, University Bookman, and Utne Reader, inter alia.

Bill has edited numerous books over the last twenty-five years for a variety of publishers and institutions. From 1994-2006 he was an Associate Editor for The American Enterprise. He has conducted several dozen lengthy published interviews with subjects as diverse as Shelby Foote, Joe Paterno, Clarence Thomas, and Charlton Heston. Bill is profiled in Who’s Who in America and Contemporary Authors.

Bill is vice president of the Genesee County Baseball Club, which owns the Batavia Muckdogs of the New York-Penn Baseball League. Come summertime, he can be found in the 3rd base bleachers at Dwyer Stadium. He is also active in the officerless (of course) John Gardner Society.

For more information about Kauffman: http://billkauffman.net