People Map
#IAmAWomanInSTEM
Home / This Will Definitely Be a Great Presentation

This Will Definitely Be a Great Presentation 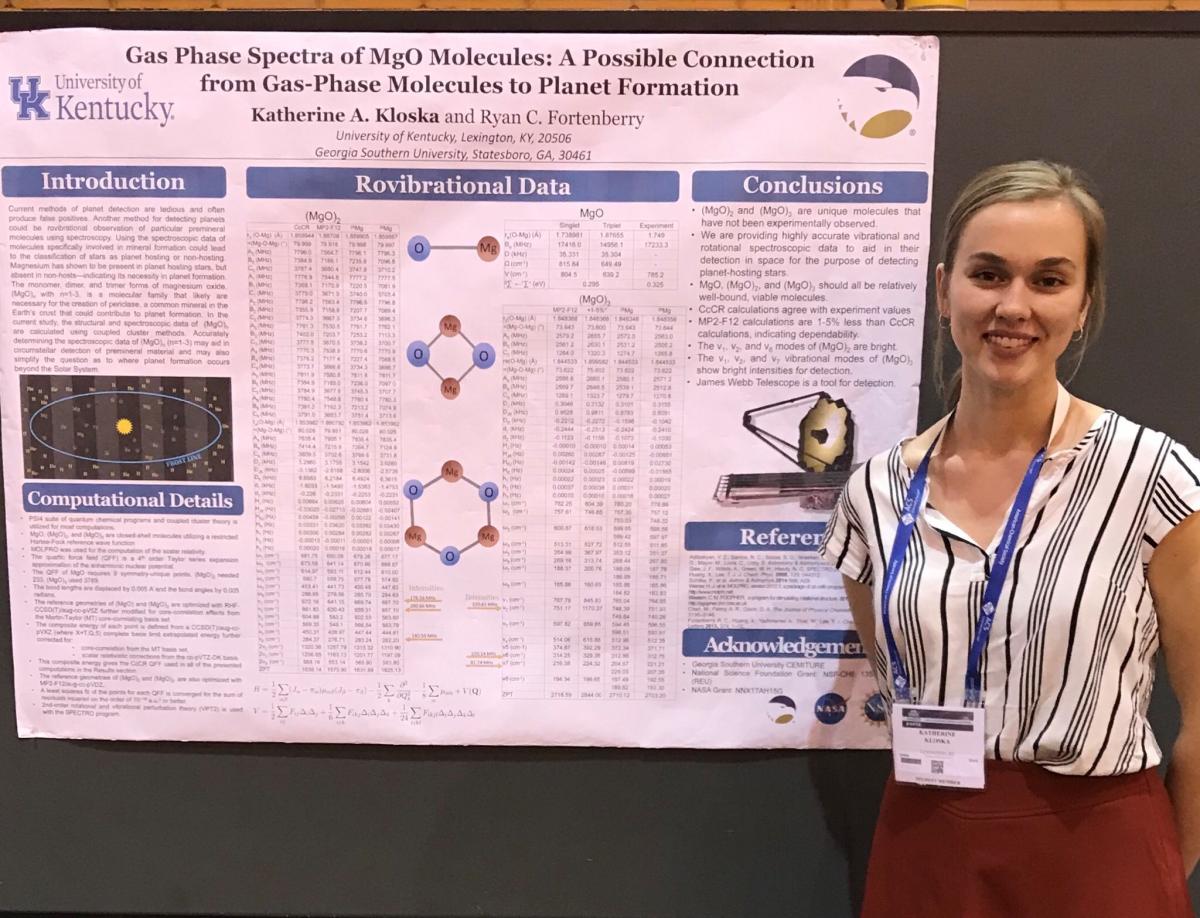 This week I attended the national ACS (American Chemical Society) meeting in New Orleans. I attended seminars about physical chemistry developments and the graduate school process. In addition, I presented my poster titled, “Gas Phase Spectra of MgO Molecules: A Possible Connection from Gas-Phase Molecules to Planet Formation”—a project that I completed at Georgia Southern University this summer during their NSF REU.

I have always considered presenting to be one of my stronger skills. I grew up as a performer, so I am confident standing in front people and speaking. Throughout high school I was often able to quickly throw together presentations and effectively deliver them. Gaining more experience speaking at conferences, I have started to notice a trend in my own behavior and tone as different audience members stop by to hear my spiel.  My attitude can quickly change from serious to excited to fearful all within a 20 minute interchange of 3 audience members. Most of the time, my mannerisms will reflect the mannerisms of the person I am presenting to. Other times, my professionalism and speaking skills will simply fail when somebody I admire comes to hear me talk.

A woman approached my poster and began with the question “What does gas spectroscopy have to do with planet formation?” Initially hearing this question, I thought it would be an easy question to answer because my project proposes that spectroscopy can be used as a planet-detection method. I assumed she was very knowledgeable on the subject and I started to panic. The first 20 seconds of this presentation consisted of me sloppily starting sentences and then restarting them. “Spectroscopy…spectroscopy can be used to detect planets… well do you want to know… hmm… let’s start from the beginning.” I ended up giving her my stock speech because I couldn’t figure out how to form an answer to her initial question without background on the topic. At the end of my talk, she seemed unimpressed. She stared at my poster and started pointing at data oh no. She pointed out 2 small typos on the poster and started to ask me what they meant and how I acquired the data that they represented. To a less intimidating audience member, I could have easily taken a breath and realized that I had just wrongly capitalized the omega symbol that is used to symbolize harmonic wavenumbers. However, I was thoroughly intimidated, so I stayed silent for a few seconds and replied with “I’ll have to look at that.” She continued to ask me more questions that I was not prepared to answer and it ended with a whirlwind of stress and disappointment.

After we shook hands and she walked away from my poster, I realized that (after presenting the project at two separate conferences) she was the first woman to ever approach this specific poster. Although I completely butchered our interaction, I was happy to be able to share my research with her. In my head, I have built up women in science so much that I now view versed women in physical chemistry as triumphant crusaders who have blazed a trail for my colleagues and myself. In another way, they intimidate me because I know how hard they have worked. While I could have reviewed my poster a few more times to avoid this flub, I partly attribute my poor delivery on how she was able to intimidate me simply by being a woman in science.

Although it’s a small sentiment, I hope that my subconscious continues to hold these women on a pedestal. Hopefully, as time passes I will become less intimidated and I will be able to learn more from them when they visit my posters at conferences.