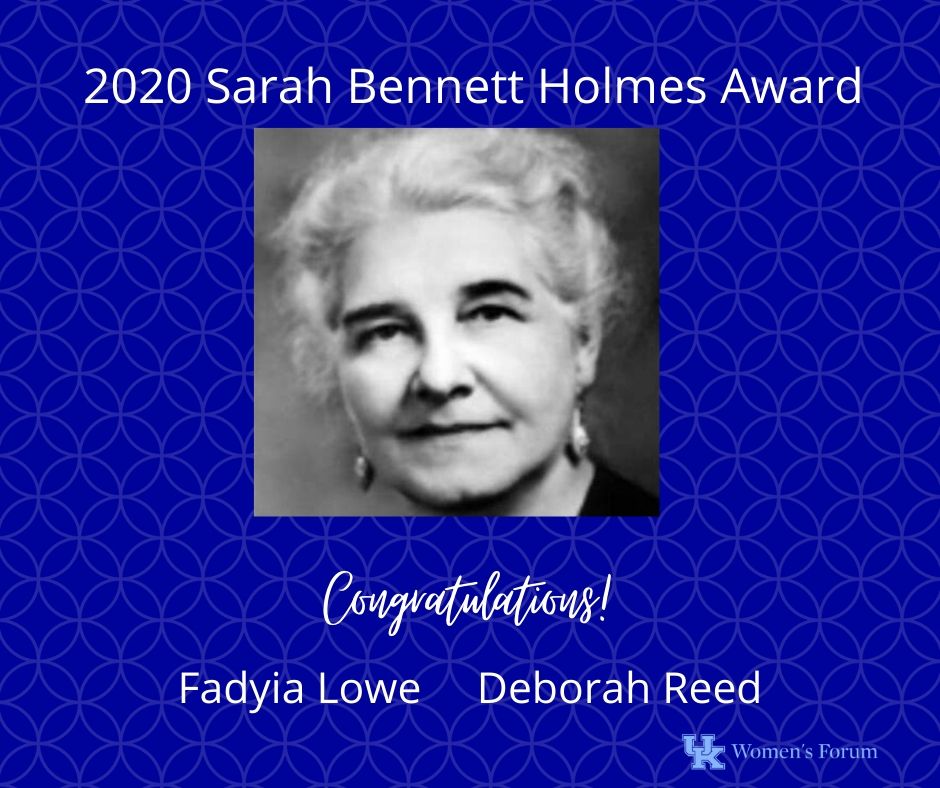 Deborah Reed, College of Nursing and the College of Agriculture, Food and Environment (CAFE), grew up just 15 miles from here on her family’s farm.  In 1991 Dr. Reed returned to her alma mater to serve the needs of Kentucky’s agricultural community, particularly farm women, children and the aging farmer. She has received numerous awards for her research and outreach programs and loves her innovative role as UKs “Ag nurse” where she reaches farm families across the Commonwealth and beyond.

The Sarah Bennett Holmes Award recognizes two female UK employees, one faculty member and one staff member, for their contributions to issues that affect women at the University and across the Commonwealth. These awards bring recognition for efforts that would otherwise go unnoticed through typical channels. Award winners will receive a prize of $1000. All nominees will be recognized during the annual Sarah Bennett Holmes Awards luncheon in March.

Sarah Bennett Holmes, a distinguished former Dean of Women at the University of Kentucky, tirelessly championed the rights of women throughout her career. Widowed at a young age, Holmes raised four children while completing her own education. She then began a successful career at UK where she inspired young women to persevere in the face of hardship and pursue their career goals. Among her accomplishments, Holmes developed work programs for women during the Depression.