The 5th Annual Sister Circle Forum is a two-day forum for young and experienced professional Women of Color. Through interactive workshops, presentations, activities, and dynamic keynote addresses, conference attendees will engage in critical conversations surrounding professional development, education, and career planning, examine the legacy and present state of support between different groups of Women. This directly connects with the narrative of Women of Color in the United States and boldly highlights a more Global Sister Circle experience of unity and solidarity.

Our 2021 theme is "I am my Sister's Keeper" with a special emphasis on Allyship, Advocacy, and Accomplices. This space is curated for Women of Color to be empowered and inspired, and this year we are inviting non-women of color to join the space to develop their understanding of being an ally, advocate, and accomplice to women of color.

All sessions are virtual 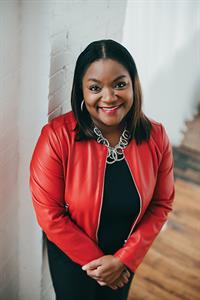 Tamika Mallory offers bold, inspiring ideas and strategies for creating social and political change, while rallying audiences to fight for human rights, civil rights, and equal rights for all.

Tamika is an esteemed social justice leader, political activist, and a next generation advocate for human rights, equal rights for women, health care, gun restrictions, and ethical police conduct. In 2017, as co-chair of the Women’s March, she helped organize the largest single-day protest in U.S. history.

Hailed as a “leader of tomorrow” by Valerie Jarrett, then senior advisor to President Obama, Tamika has the gravitas of a long-time political organizer – she served as the National Action Network’s youngest executive director. Following the death of her son’s father to gun violence, Tamika advocated for stronger gun restrictions; later, she joined Vice President Joe Biden’s gun control task force.

A rising leader in the new wave of feminism, she empowers others to contribute their voice and engage in the political process to create change, while sharing her outspoken perspective on where the civil rights movement goes from here.