How to Keep Your “Election Stress Disorder” Under Control 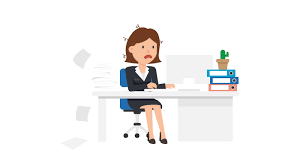 2020 has been a very difficult year for a lot of reasons: a global pandemic that is on track to kill over a quarter million Americans, a global economic recession that caused half of all working Kentuckians to apply for unemployment benefits, protestors in small towns and big cities calling for racial and economic justice, last-minute additions to the Supreme Court, armed militias attempting to kidnap a sitting governor, the most active North Atlantic hurricane season in recorded history (for those who hadn’t noticed, we exhausted the list of names six weeks ago and are currently using Greek letters – Tropical Storm Eta making landfall late last night), the list literally goes on and on. Merriam-Webster added the words “doomscrolling” and “doomsurfing” to the dictionary to describe our nation’s seemingly perpetual negative news cycle. However, for many people this year (including most of us in the UK Election Law Society) the number one source of worry has been the 2020 election.

According to a survey by the American Psychological Association last month, more than two thirds of U.S. adults say the presidential election is a significant source of stress in their life. That’s a significant jump from 2016, when 52% of Americans surveyed said the same thing. The survey also noted that over three-quarters of Americans say the future of our nation is in a significant source of stress for them, as is the current political climate. And now there’s a name for it: Election Stress Disorder.

According to psychiatrists at the Mayo Clinic, election stress disorder is not a scientific diagnosis, but a real concept nonetheless. It is based upon our natural impulse to get things under control--because there are so many variables in this election that we do not expect to be properly controlled, our body’s response is to become anxious and raise stress levels. While worrying is a normal part of life, worrying about things that are out of your control is not healthy.

So what can you do to reduce your election stress levels as the results start to roll in tonight? You can start by controlling the conditions around you, and mentally prepare for what’s coming up:

It’s going to be a long night for both the professional election observers and the amateurs as well. Remember to keep calm and focused on what you can control, and you’ll have a much more enjoyable election night.