People Map
Home / How Will Kentucky Resolve a Razor-Thin Election?

How Will Kentucky Resolve a Razor-Thin Election? 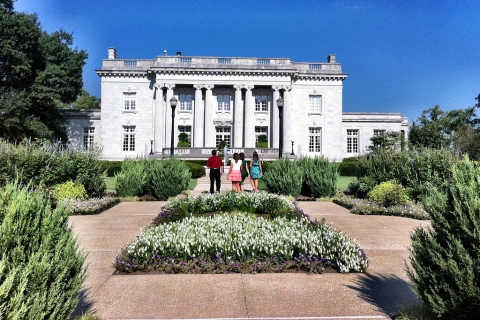 by Professor Joshua A. Douglas and Thomas E. Travis
updated for 2015 by Claire Nerenz

The returns are coming in, and it is looking like there could be a razor-thin margin between the top two gubernatorial candidates this year, and the down-ballot races also might be close.  What happens tomorrow if we don’t yet know the winner?

Kentucky has three levels of post-election procedures: a recanvass, a recount, and an election contest.

Under Kentucky law, a candidate has a week from Election Day to file a request for recanvassing with the Secretary of State. If a recanvassing happens, the county election boards will recheck each machine and report the figure back to the county clerk. The law allows a representative from both campaigns to be present as the recanvassing occurs. Essentially, the recanvassing process simply checks each machine to make sure that the numbers reported to the State Board of Elections were not misreported or incorrectly added.  Ballots themselves are not recounted; instead, a recanvass is simply a way to double check that the machines tallied the votes correctly.

Recanvassing is unlikely impact the results. As a matter of recent history and anecdotal evidence, in the 2010 general election for U.S. Congress, then-challenger Republican Andy Barr gained only one additional vote after seeking a recanvass in an attempt to reverse his 649-vote deficit to incumbent Democratic Congressman Ben Chandler. In this year’s Republican gubernatorial primary election, the recanvass changed only 1 vote, not enough to erase Matt Bevin’s 83-vote lead.

Assuming the recanvassing does not yield enough votes to impact the results, the challenger faces a much more difficult decision. Per Kentucky law, there is no automatic recount process in Kentucky. Instead, a challenger must file a petition with the Franklin Circuit Court, by November 13, to seek a formal recount.  The challenger would have to front the cost of the recount.  A Kentucky Judge would manage the recount procedure.  That Judge would take possession of the voting machines and paper ballots and would conduct his or her own recount of the ballots.  As about 1/3 of Kentucky voters use an electronic voting machine with no paper trail, in a “recount” of these votes the Judge would simply check the count of the machine once again – making it more like a recanvass, at least for these ballots.  But for the other 2/3 of voters, the Judge can actually recount each ballot.  The judge’s decision on who won would be final, subject to possible appeal to the Kentucky Court of Appeals or even the Kentucky Supreme Court.

Then there’s an election contest. Once again, the challenger would have to request one by November 13, so he might do so in conjunction with his request for a recount.  An election contest is even more judicial in nature, as the challenger would have to specify the grounds for the action – such as some form of “corrupt practice” like a violation of state campaign finance rules or particular issues with the vote casting process.

While a recanvass is completed quickly, a recount or election contest can last for several weeks.  Politically, then, the challenger has to make a decision about how long he wants to continue the fight.

This election has been predicted to be extremely close and if it continues into extra innings the courts may be called upon to determine who actually won.