Canola (Brassica napus) is a genetically altered and improved version of rapeseed that was developed for its superior edible oil and high value meal. The term “canola” can only be applied to those varieties that produce less than 2 percent erucic acid. Canola oil is lower in saturated fats than any other vegetable oil, making it a popular choice among health-conscious consumers. The portion of the seed left after the oil is extracted (canola meal) is of value as feed for livestock and poultry. Canola may also be used as an annual forage. In addition, canola is being considered as a source of biodiesel fuel. 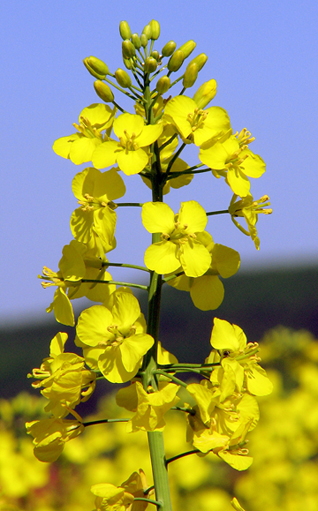 The nearest canola markets for producers in the Kentucky region are currently (2011) in Windsor, Ontario (ADM) and Courtland, Alabama (Farmers Cooperative). Regional producers incur a significant freight cost (as much as one-third of the price per pound) to ship canola there. However, with good weather and proper management, these freight costs might be covered. Canola can produce returns similar to wheat. There is a very small niche for canola production for birdseed. While this market is more profitable for producers, it is already being captured by Missouri growers. However, Kentucky producers with the ability to store canola after harvest may be able to take advantage of other windows in this niche market. The world-wide demand for canola oil continues to increase. Canola markets trend with other oilseed markets, and prices for oilseeds increased globally in the early 2010s. U.S. consumption of canola oil has steadily risen in recent years as its benefits have become more widely known. 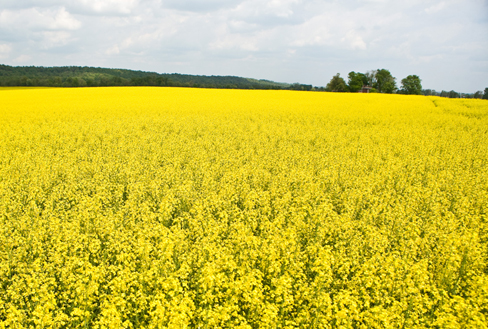 Only winter-type canola varieties should be grown in Kentucky. Cultivars differ in days to maturity, seed yield, seed size, oil content, disease resistance/tolerance, lodging resistance, and several other agronomic characteristics. Choose varieties for high yield potential and winter hardiness. Growers should select only adapted varieties that have the qualities in demand for the intended market. Canola is an annual that is grown as a fall-seeded winter crop in Kentucky. Production practices, including machinery and equipment, are similar to those used for winter wheat. A medium textured, well-drained soil is best for canola, although it will grow over a wide range of soil textures. Since canola does not tolerate waterlogged conditions, it should not be planted on fields prone to standing water, flooding, or poor drainage. Avoid fields where winter legumes, canola, and other Brassica crops have been grown for the past 2 to 3 years.