Winter small grains, especially wheat and barley, are an important part of the typical crop rotation system of many Kentucky farmers. These crops are primarily grown for their grain; however, harvesting the straw as a secondary product can provide additional income. Harvesting straw as a secondary commodity when grown in a double crop system with soybeans also minimizes harvest residue, which helps the establishment and growth of the following soybean crop. Some growers choose to forgo the grain harvest altogether, producing high quality straw as the main commodity. Other grains, such as rye, oats and triticale, also have potential for straw production. 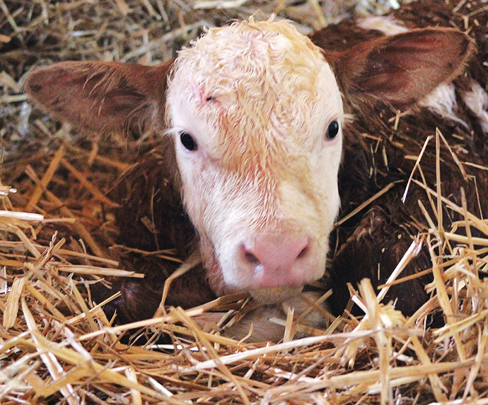 Wheat straw is used as animal bedding for a variety of domesticated animals and is a valuable commodity in the horse industry. Straw is also used as mulch by homeowners, landscapers, and small fruit growers. Gardens, newly seeded turfgrass, and strawberry plantings are a few of the areas that are often mulched with straw. Highway departments also make use of straw as mulch along roadsides. In addition, straw bales can serve as barriers to run-off at road and building construction sites. Straw is also used as the growing media in the production of some gourmet mushrooms. Marketing strategies should target these end-users. Producers growing bearded varieties could also consider tapping into the ornamentals market. In this case the entire plant is cut to include the stem and head, and then sold for use in cut flower arrangements. Barley varieties with long awns are particularly attractive in terms of dried arrangements. Potential markets include farmers markets, crafts stores, and florists. The production of high quality winter wheat straw may have considerable potential in Kentucky. Recent reports of high selling prices for quality straw for horse bedding and home landscape mulch further raises those prospects. 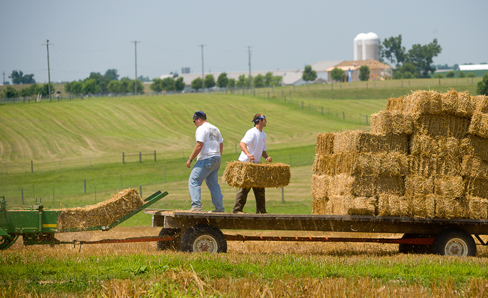 Wheat straw production is similar to wheat production for grain. Since small grains do not tolerate waterlogged conditions, a well-drained site should be selected. Seeding, which takes place in the fall, can be accomplished either by drilling or broadcasting. Tillage options include conventional tillage, reduced tillage, and no-till. Wheat straw producers may apply more nitrogen than grain producers attempting to get more straw. Excessive nitrogen rates, however, can lead to lodging, which will reduce straw quality. Rye and triticale tend to grow taller than wheat with fewer lodging problems. Since the vast majority of straw is produced as a secondary commodity associated with wheat grain production, it is best to follow the well-established guidelines for wheat grain production.