Pawpaw (Asimina triloba) is a unique tree fruit native to the eastern United States. Its highly aromatic fruit has a sweet, almost tropical-like flavor. The large fruit is oblong and typically produced singly or in clusters of two to nine. Pawpaw fruit pulp can be eaten fresh or prepared in a variety of desserts. 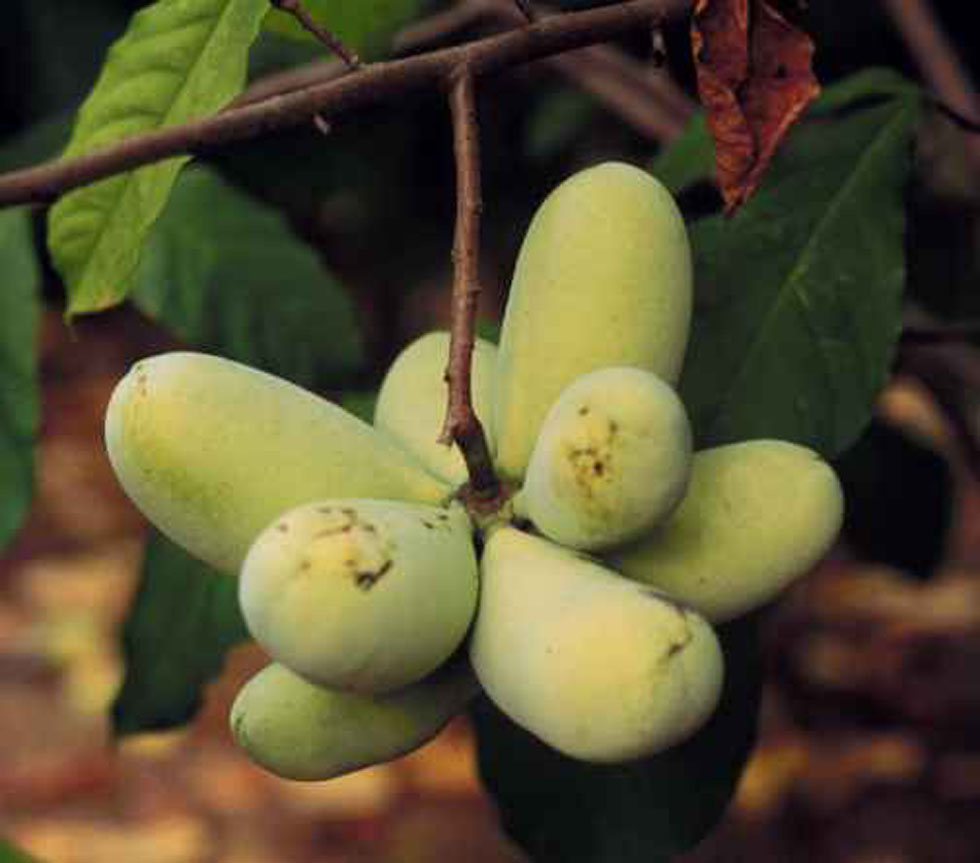 The primary outlets for fresh pawpaws in Kentucky are farmers markets and on-farm sales. Kentucky growers have also explored various niche market opportunities including sales to restaurants, especially those featuring local foods or Appalachian cuisines; pawpaw ice cream; pawpaw wine and beer; and pawpaw as an ingredient in preserves and baked goods. Processing pawpaws into pulp is seen as a critical step into developing a greater food market for this native crop. Some producers in Appalachia have successfully featured pawpaws in agritourism events, like festivals and special on-farm days. Pawpaw is an unfamiliar fruit to many consumers, and education and point-of-purchase materials about eating and use can be especially helpful. Producers wishing to expand beyond farmers market sales could target specialty food retailers; research conducted by the UK Department of Agricultural Economics indicates there is strong interest for sampling pawpaw products among shoppers at gourmet and specialty food stores. Fruit from grafted trees of named varieties is of a higher quality, does not have a bitter aftertaste, and has greater market potential. Developing a supply of uniform, quality fruit will be needed for larger-scale commercialization. 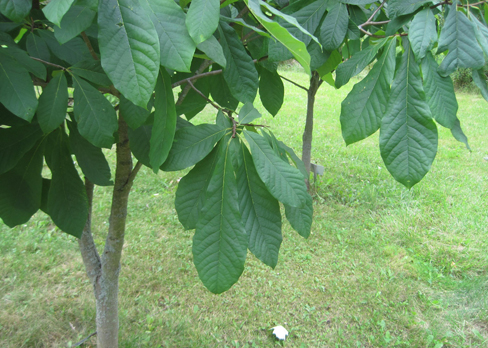 Based on Kentucky State University research trials, the following named cultivars produced large fruit (over 5 ounces) and performed well in Kentucky: ‘NC-1,’ ‘Overleese,’ ‘Potomac,’ ‘Shenandoah,’ ‘Sunflower,’ ‘Susquehanna’ and ‘Wabash.’ Kentucky State University has also licensed and released two trademarked pawpaw cultivars, KSU-Atwood™ and KSU-Benson™. Most pawpaw cultivars are believed to be self-incompatible, requiring at least two genetically different trees for cross pollination and fruit set to occur. Pawpaw can be propagated by seed that has undergone either a natural or artificial cold treatment (stratification) for 90 to 120 days. Actively growing seedlings that are about pencil width in stem diameter can be chip-budded or grafted with dormant buds (scionwood) collected from named varieties or superior trees. Transplanting trees from the wild or from the field is often unsuccessful because the deep tap root is easily damaged during digging. Plants grown in containers, however, transplant quite well.  Container-grown trees purchased from nurseries are generally either seedlings or grafted named cultivars.