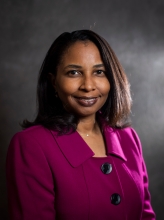 Cathy A. Black has enjoyed a 31-year career at CBS News. Since joining CBS News in 1990, Black has been involved in the Network’s coverage of some of the major events of our lifetime, events including the Gulf War, Presidential elections, 9/11, Hurricane Katrina, the Michael Jackson trial, Grammy Awards, Super Bowls and more.

Black served as the Senior Producer and BBC Liaison of the international partnership. She was also the Senior Producer of Broadcast Marketing, where she was responsible for promoting and marketing “CBS This Morning.” There, she developed affiliate-marketing strategies for CBS News and Entertainment specials including the Grammy Awards, Academy of Country Music Awards, Tony Awards, Hollywood Film Awards and primetime dramas.