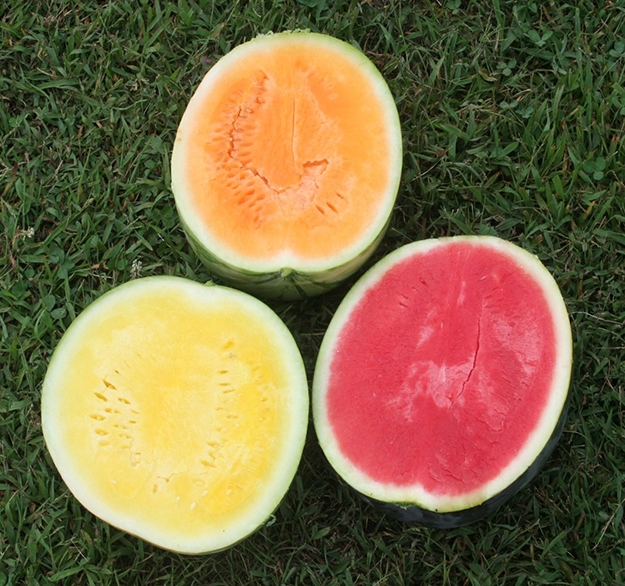 Kentucky fresh market seeded and seedless watermelons are sold at produce auctions and farmers markets throughout the state. Other marketing options include roadside and on-farm stands, community supported agriculture, local retailers, food services, and wholesale markets. More wholesale (semi-trailer load) watermelon shipments from Kentucky helped increase harvested area by nearly 500 acres between 2007 and 2012. Potential for more large-scale production remains, particularly in areas of Kentucky near the large melon industry in southern Indiana. Watermelon use in the U.S. exceeded 16 pounds per person in 2016, the highest recorded consumption. Increasing yields per acre, and higher volumes of imported watermelons account for the increase. The majority of U.S. watermelon is now planted in seedless varieties. Watermelon volumes are influenced by the fresh cut industry and rise in “grab-and-go” items. Current consumer trends call for increased pre-cut melon quarters and halves, uniquely colored melon varieties (such as yellow-fleshed watermelons or those with a unique rind pattern), and “personal-sized” icebox, seedless watermelons. 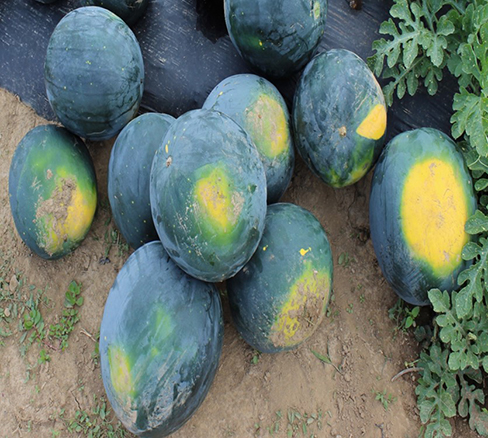 Watermelon cultivars differ in such horticultural traits as fruit shape (round to oblong), rind pattern (crimson type, jubilee type, allsweet type, black/dark green), fruit size (7 to 35 pounds), and flesh color (red, dark red, pink, orange, yellow and white). Varieties may be classified as open-pollinated, F1 hybrid, or triploid (seedless) depending on how they were developed. When farmers started growing seedless varieties, about one third of the plants in the field had to be seeded watermelons to provide adequate pollination or there would be no fruit production. As the demand for seeded melons has decreased significantly, farmers now often use a non-harvestable pollenizer variety. These varieties are smaller and compete less with the seedless varieties to maximize production over a given acre. The pollinizer variety is interplanted with the seedless varieties generally at a ratio of 1:3. Disease resistance to Fusarium wilt is available in some cultivars. 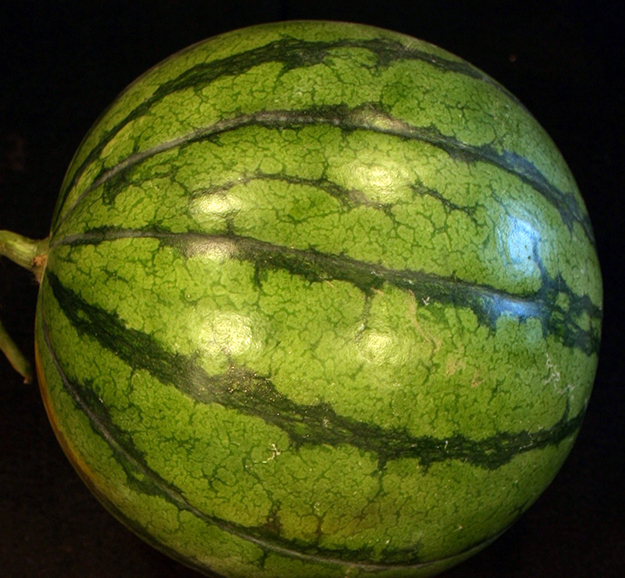